Wouldn't it be great to have your own little hideout on the beautiful mediterranean cost, place where you can fall asleep listening to the sound of waves and wake up to the birds chirping... You get up, make yourself some tea or coffee, and sit on your terrace overlooking the magnificent bay, basking in the the most beautiful morning sun. After that, you can swim in your own swimming pool or take a short stroll to the beach and your perfect day has just started.

Now, you can do that and much more!
We offer you the possibility to buy a luxurious apartment on Adriatic cost, use it whenever you want and rent it when you are not there. Smart investors from all over the Europe are coming to Montenegro doing just that – acquiring their own peace of paradise that earns them money, making it, not only a base for the summer vacation, but – profitable investment that makes you an extra income.

Just 2,5 hours from the UK, lays the most promissing new destination on the Mediterranean – Montenegro. Small country with one of the most beautiful coastlines in the world - full of picturesque bays and sandy beaches. There, on the uncrowded stretch of Becici beach we have built a private community that consists of 23 luxurious apartments each with it's own seaview – Olive Tree Spa Residence.

Set within the lush, green foliage of a tropical landscape, secluded from urban jam, but just a few minutes away from cosmopolitan city of Budva which never sleeps, hidden among pine and olive trees, and yet near some of prettiest Adriatic beaches – Olive Tree Spa Residence brings you warm sea, relaxing breeze and complete enjoyment in Mediterranean climate.

Montenegro became a full member of NATO in May 2017, and it is expected to be the first next new member of the European Union. For five years in a row, the country was leader in Europe according to the level of Foreign Direct Investment per capita and still is among the highest in the Central and Eastern Europe. In 2019 the investors from 112 countries were present in Montenegro.

The country’s economy is growing continuously, it has a free trade agreement with both EU and Russia, and already has Euro as a national currency. Foreign companies have equal rights as domestic ones in Montenegro, and all foreign investors are eligible for government incentives same as local one.

Tourism is economic stronghold income from tourism makes up 20% of Montenegro’s economy, with over two million visitors each year, four times the number of local population. All foreigners who buy real estate are given residence permits and enjoy the full protection of the state.

With an average of 270 sunny days in a year on the coastline and shortage of 5 star hotels, there are hundreds of tourist agencies that offer you an opportunity to rent your apartment all year round. Apart from peak summer season, each year there are more and more people from Scandinavia, Russia and UK that found Montenegro much favorable alternative for mild autumn-winter vacation than Turkey or Egypt. 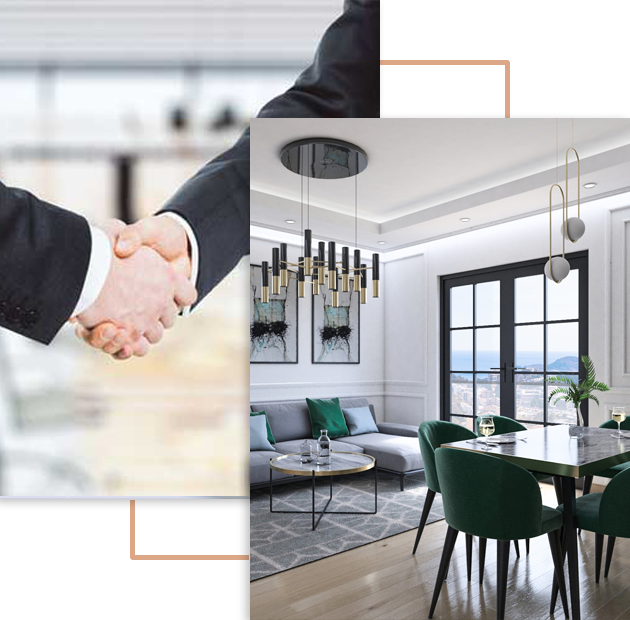 THE CALCULATION – WHY THIS IS A WIN-WIN SITUATION FOR YOU

Suppose that you enjoy your sea view studio apartment for two whole month in the summer, and you rent it for the 300 days. With an average rate of 50 GBP per night you could earn as much as 15.000 GBP each year. Our studio apartment in Olive Tree Spa Residence costs 45.000 GBP, so it will pay for itself in just 3 years!

But, let’s be realistic.
Let us presume that you will not be able to rent it for 300 days, but “just” 180 days a year. That means that you could use your beautiful studio apartment for 6 month a year and it will still pay for itself in just 5 years! It is really a no-brainer.
GET OFFER

Basked in sunlight and finished in luxurious details and material – Olive Tree Spa Residence two, three or four-bedroom apartments, as well as four rooftop penthouses enable ultimate surrounding for life full of inspiration.
With no more than 4 apartments per floor, each of 23 apartments represents beautiful shelter from everyday stress and crowd.

Park in private garage, step into the state-of-the-art elevator and step inside your jewel on the Adriatic coast. Magnificent views of the diamond coast welcome you as soon as you walk in. Open the windows or floor-to-ceiling glass doors and feel the coastal breeze flowing through spaces. Delight in the spacious great-room layout that combines living, dining, and kitchen, celebrating togetherness. You will be sure that you don’t need anything more while enjoying memorable moments of your life…

Rising 80m above the sea, you see only possibility in all directions. The ocean, city, and Intracoastal waterway are yours, floating just beyond walls of crystal-clear glass or the edge of your terrace.

They say life is made up of all the small details, and that is where Olive Tree Spa Residence truly shines. Inspired by classic design and presented with modern-day artistry, each residence is infused with the many finishing touches that define a fine home.

Outside, glass terrace walls will provide you undisturbed view of enchanting Adriatic coast and Becici gulf. Inside, entertain your friends surrounded by natural stone and warmness of the wood, blended with premium house appliances and lighting solutions.

Every astonishing suite is dedicated to luxury incorporating only the finest materials and state-of-the-art equipment – from granite flooring, to safety doors and HVAC.

Although Olive Tree Spa Residence apartments are an oasis themselves, there are times when you deserve to -be transported to a state of sheer bliss. It happens at the Spa, where treatments, rituals, and experiences rejuvenate and restore the body.

State of the art gym will help you stay in shape.

Free from the concerns of the outside world, you are free to rediscover your true self.

Game room will surely be the favorite place for toddlers and young kids. Safe floors and edges, plenty of toys, but also the latest gaming consoles – will entertain your kid for hours, while you relax in your suite, sauna or Turkish bath.

This is an ideal place for kids and teenagers to laugh, play, create, enjoy and make new friendships.

Please Check All Of The Questions
Where Your Answer is YES!

If you have checked any of the boxes, than buying an apartment in
Olive Tree Spa Residence is your best decision in this decade.